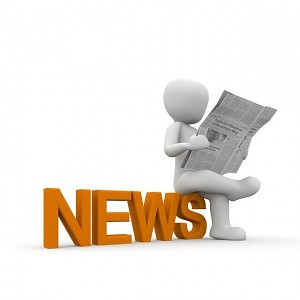 Welcome to our Musician NEWS! page.  It’s all about your favorite local Musicians and Bands

INHOUSE announced their 20th Anniversary Reunion Concert will be Feb. 22 at the newly renovated Norton Museum in West Palm Beach.

Shauna Sweeney published a list of cool things she did in 2018, including playing 100 shows, climbed an awesome mountain in Yosemite, traveled on 5 continents, and welcomed a homeless kitten into her family!

Franscene released an awesome single Spaceland, and a great video to go along with it!

Rit Johnson released a CD with a some talented musicians helping out – Here It Is!

SloFunkPump released a CD “BUZZ!” of all their songs!  Check it out HERE.

Loxahatchee’s best band, Blue Water Solstice, has disbanded after 5 years.  Look for Ben, Jeremiah, and Matt to show up somewhere else – there’s too much talent here to go to waste!

The Zoo Peculiar released a wild CD – Lo and Behold!  Check out their promotional video for it on the website.

John Smotherman made the FloridaWeekly news!

The Natty Bos released their first CD!  It’s called Look Up and it’s a good one.

The Whiskey Wasps (Rachel and Billy) have moved to California where their band Raggy Monster is destined for stardom.

The Drip Effect released a great new CD “What Holds You Down”, and it’s on Napster, Pandora, Spotify, iTunes.

Spider Cherry‘s energetic Balcony TV video “The Voice in Your Head” was released in September and was ranked as high up as 2nd in the Miami area!

Bill Hartmann released the title track from his new CD.

Balcony TV featured Guavatron playing Name Game – a catchy original tune filmed on the Lake Worth Pier  You can see it here, and also sign up to Vote on the best videos!

Sound Proof is on Balcony TV!  You can hear and see them perform their new song here.

JL Fulks released a great new CD “On Down the Road” – here it is!

After 19 years The Lahinch Mob called it quits.  Guys, that’s a heck-of-a-run!

The Ethan Parker Band released a new EP called “To the Sea”.  It follows their last one “From the Mountains”.  Don’t click on the link if you get seasick!

The Kinected is on Balcony TV!  Click here to see them perform “Scar” at Benny’s on the Beach, and then VOTE for the video if you like it.

Jupiter’s Moska Project released a new CD.  It’s called “Cuatro”, and you can read a review of it in The Atlantic Current!

Mike Mineo from Boca Raton released a new album “1” and celebrated at a CD Release Party at The Funky Buddha in Boca.

For past Musician NEWS! visit our Archive page

One Response to x-Musician NEWS!